*Screams* So Jacob Devlin’s final installment in his Order of the Bell series is released into the world today! Can we please have a moment of silence for the gorgeous cover? 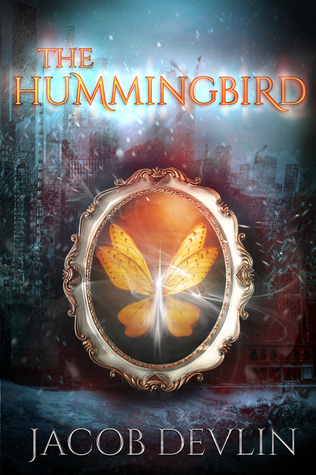 In the aftermath of the great battle that left Wonderland in ruins, Crescenzo DiLegno and his two best friends have reunited with their families in Florindale, but the war wages on in every kingdom. The Order of the Bell is scattered, presumably left to the mercy of Queen Avoria, whose grip on the New World grows tighter every day. Cities have already fallen, the shadows have spread, and a fortress of nightmares has appeared in the heart of New York City.

Determined to take back his home and restore order to the worlds, Crescenzo must rally all the people he’s met from his adventures, from the troubled prince to the rebellious Lost Boys, and storm Avoria’s castle of illusion. The Carver’s war against the wicked Ivory Queen brews to an explosive finale, but dark secrets about her true nature have yet to emerge, and not everybody will be prepared to survive them.

ABOUT THE ORDER OF THE BELL SERIES

In this twisted modern fairytale, the lives of three teenagers, Crescenzo, Rosana, and Zack, collide as they contend with the disappearance of their families and learn a secret that uproots their lives: They are actually the children of Pinocchio, Alice, and Peter Pan, and there are dark forces in the fairytale world that want their parents back. With only a handful of handcrafted wooden figurines to light the way, Crescenzo and his friends set off on an epic quest to rescue their families, making unlikely friends–and relentless enemies–out of the storybook legends they thought they knew. But with the growing threat of the nightmarish Queen Avoria looming over his head, Crescenzo won’t just need a few loyal allies to bring his family back to the world he knows: He’ll need a whole army to save all three. 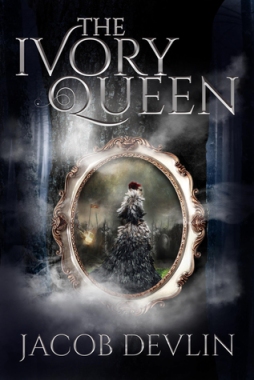 The Carver is currently on sale for $0.99 on Amazon! Witness the adventure from the very beginning, and listen to the series playlist!

To celebrate his third release and the “rule of three” in fairy tales, Jacob is giving away three of his favorite paperbacks for YA adventure lovers: STARDUST by Neil Gaiman, THE DARKEST MINDS by Alexandra Bracken, and AN EMBER IN THE ASHES by Sabaa Tahir. You can earn up to three entries as follows:

Open internationally. Each entry gets your name/handle written on an index card and entered in a hat, and on 2/28, Jacob will draw one card at random to win the paperbacks along with some special swag items.

Jacob Devlin is the author of The Carver, which recently won a LitPick Top Choice Award, and its sequels, The Unseen and The Hummingbird. When not reading or writing, Jacob loves practicing his Italian, watching stand-up comedy, spoiling his niece, and geeking out at comic book conventions. He does most of these things in southern Arizona.